The Norbreck Hydro started life as Norbreck Villa which was then leased to the Everett and Shorrocks families. James H Shorrocks, who had successfully run a dance hall in Manchester, could see the potential of Norbreck Villa being turned into a hotel. The castellated effect had its origins in a nearby gazebo which was probably inspired by a pair of gazebos at Rossall Hall. The castle theme was carried on into the buildings that appeared in later years and the hotel is now known as the Norbreck Castle Hotel. 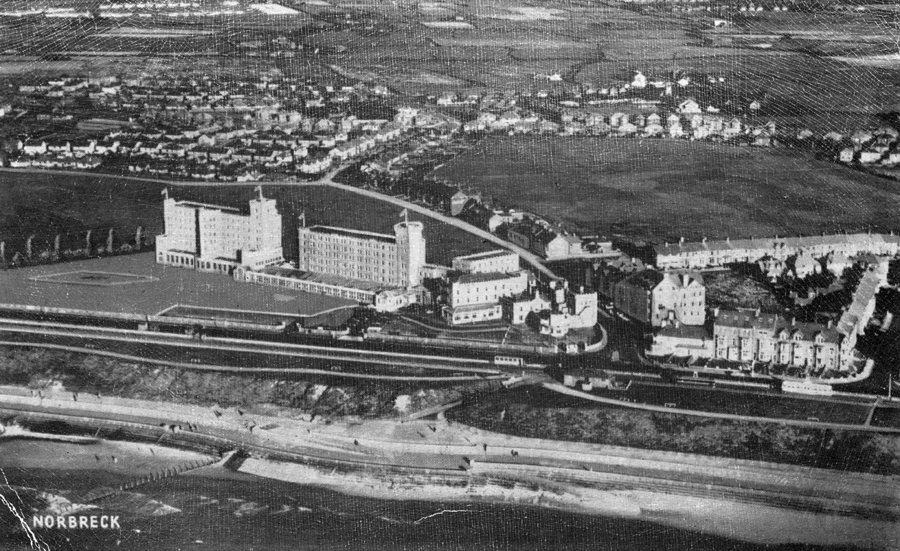 A lovely aerial photograph probably 1930's showing the golf course behind the hotel and behind Norcliffe Rd. 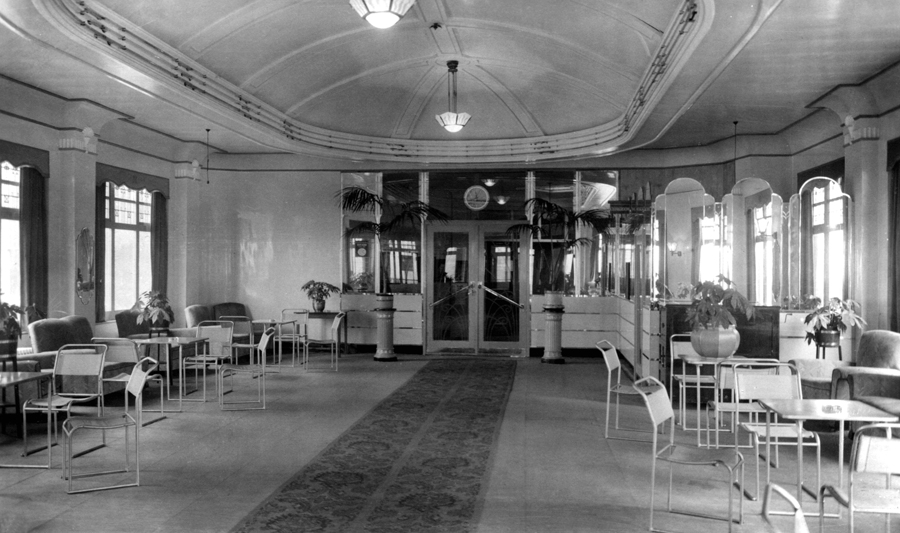 The Reception at The Norbreck Hydro 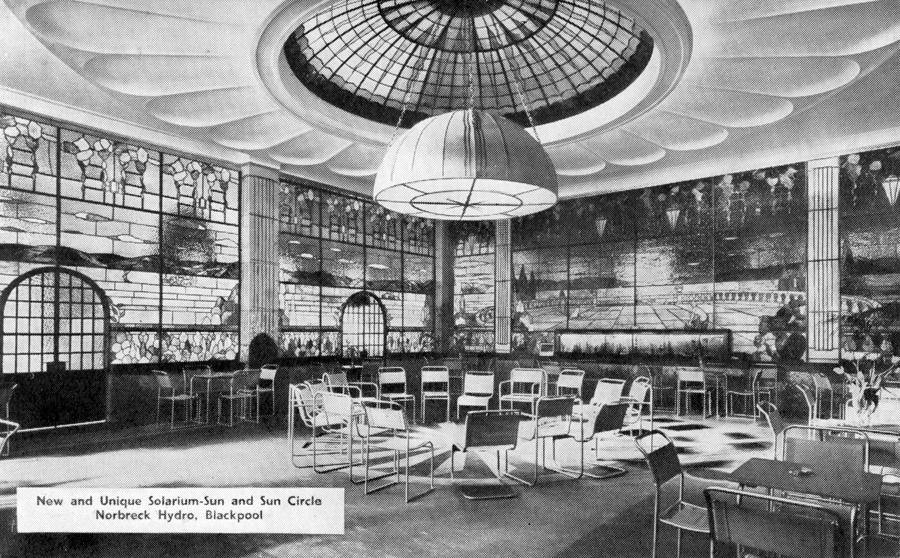 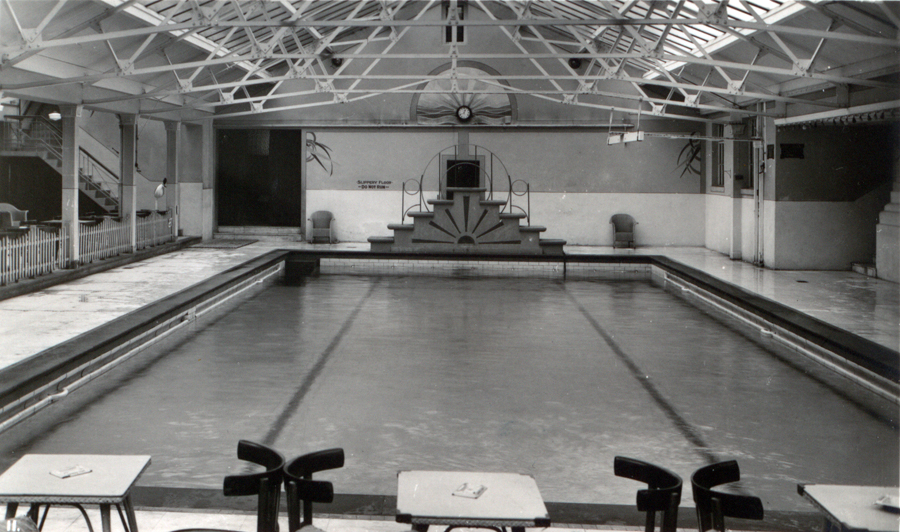 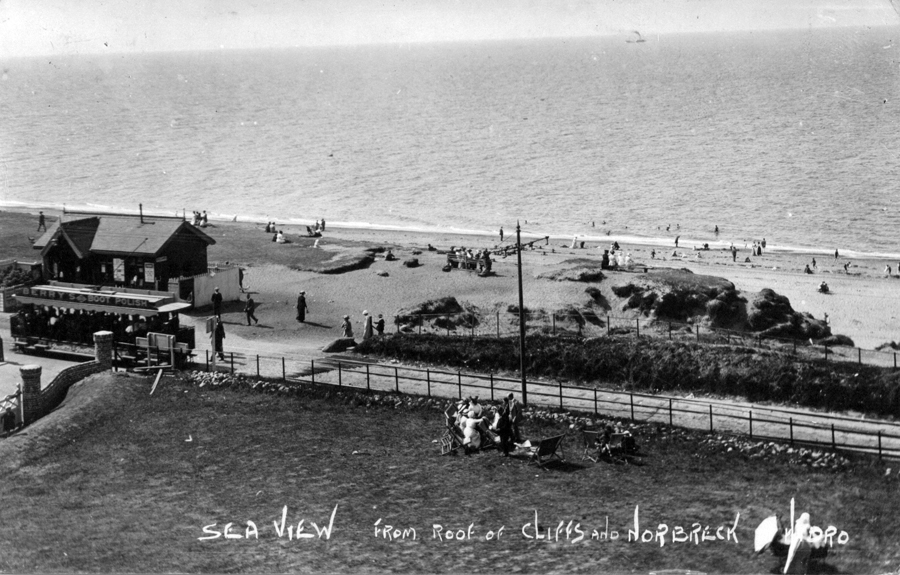 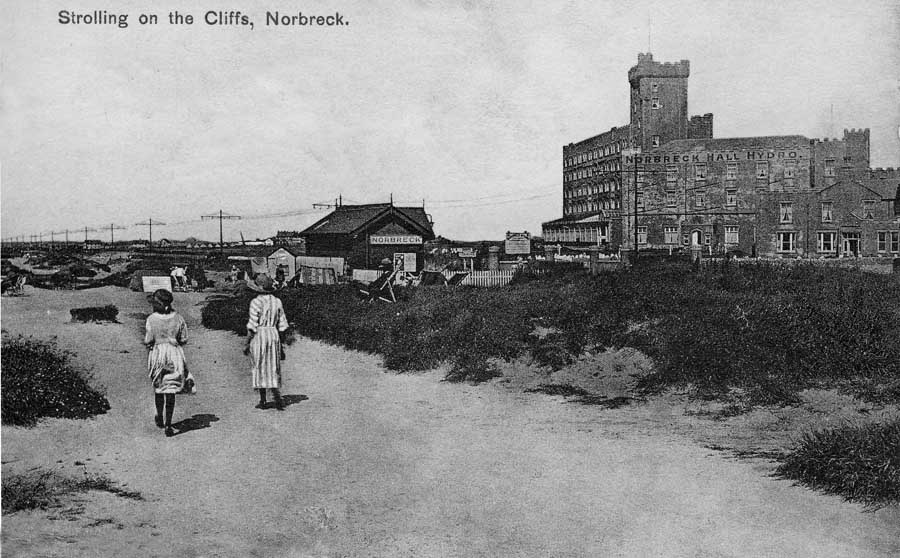 A Postcard from around 1923 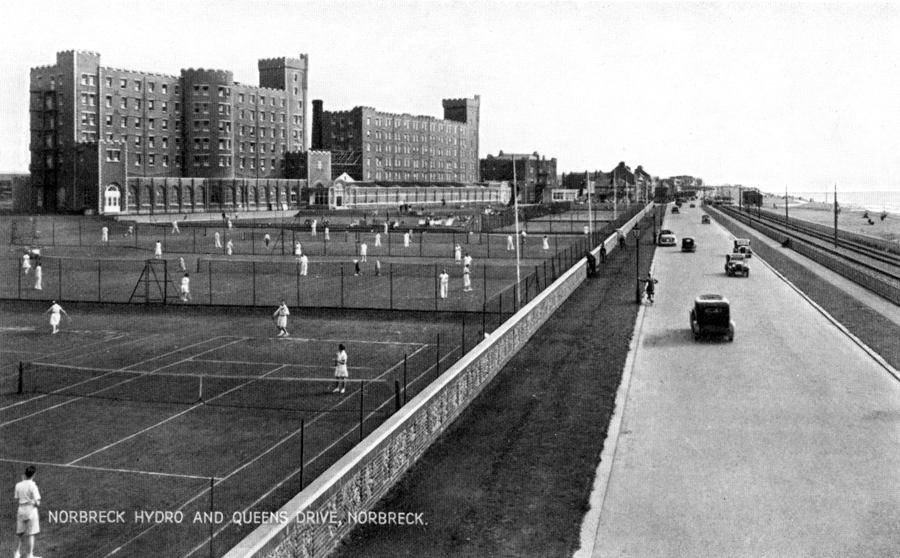 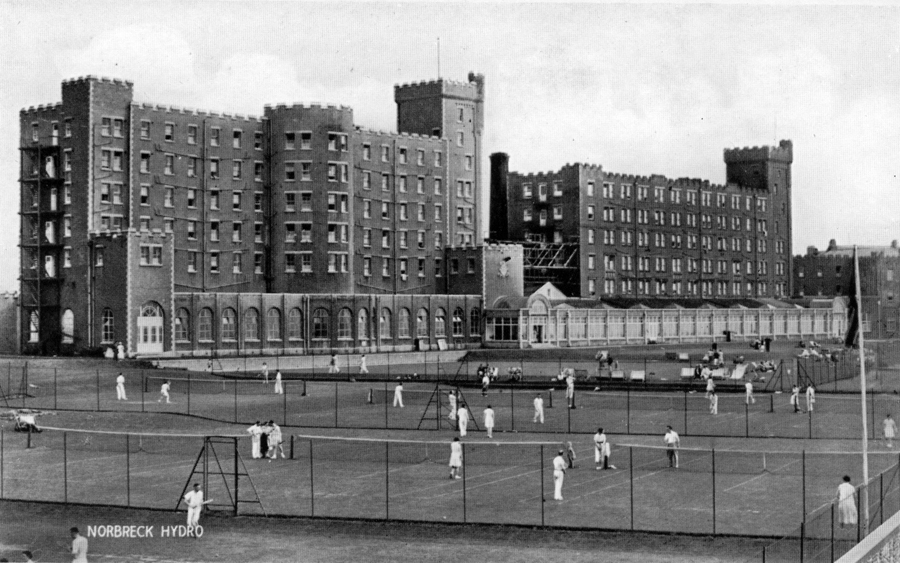 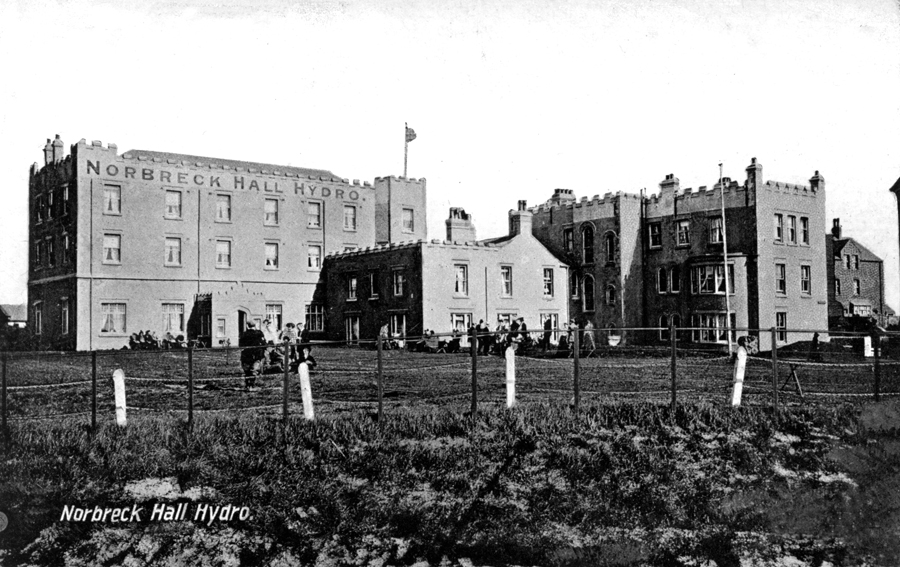 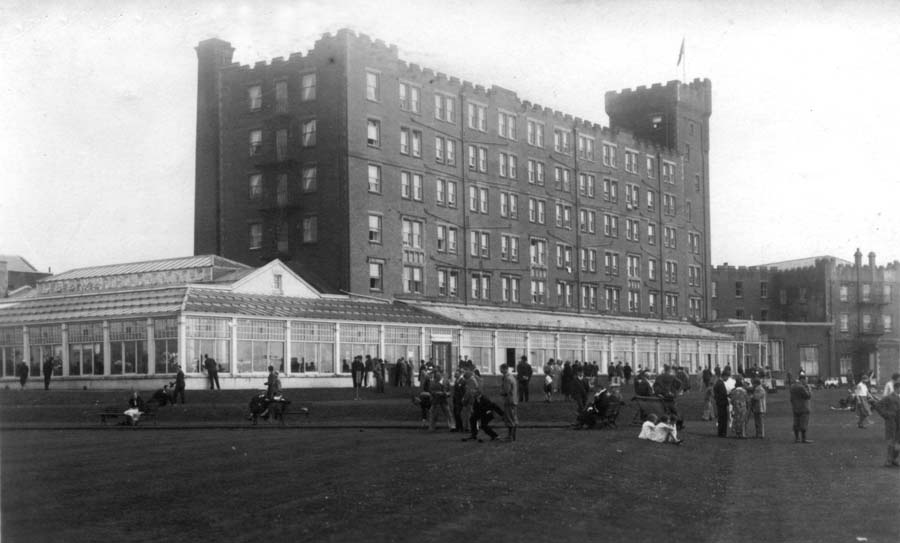 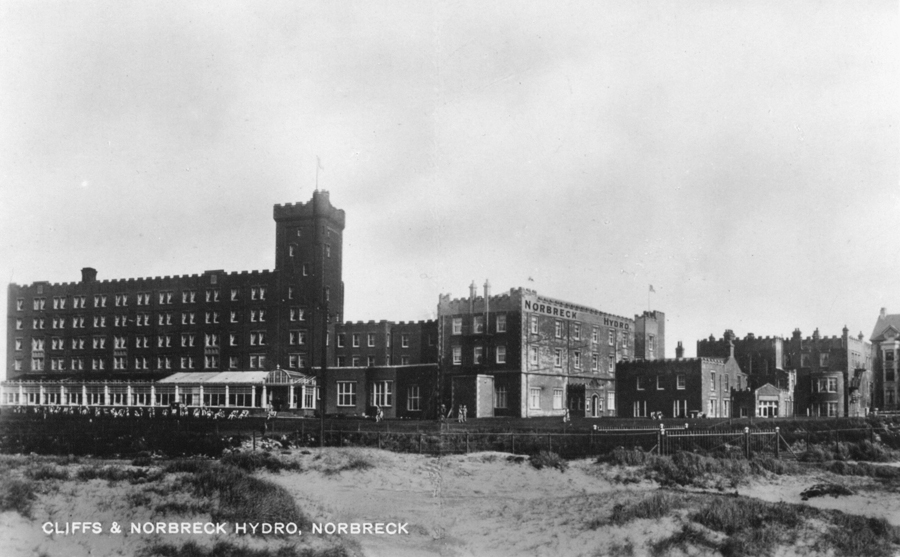 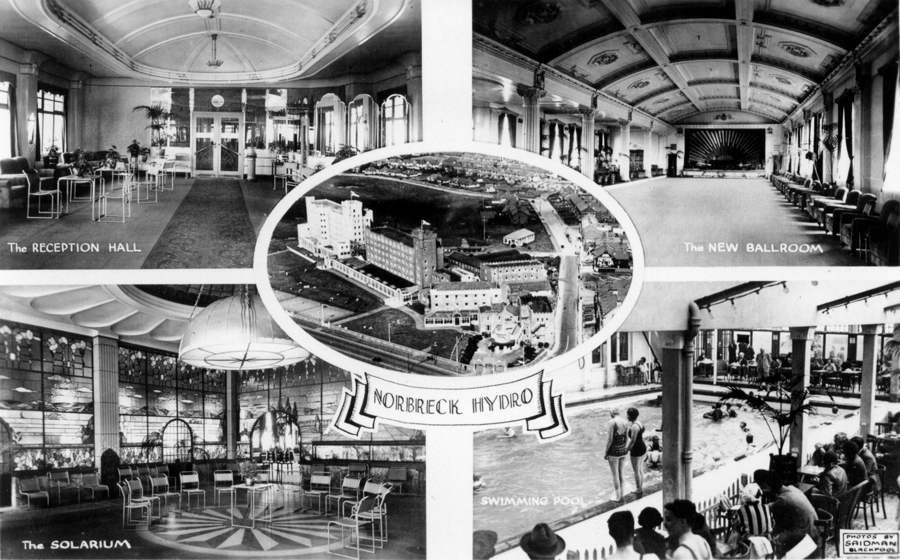 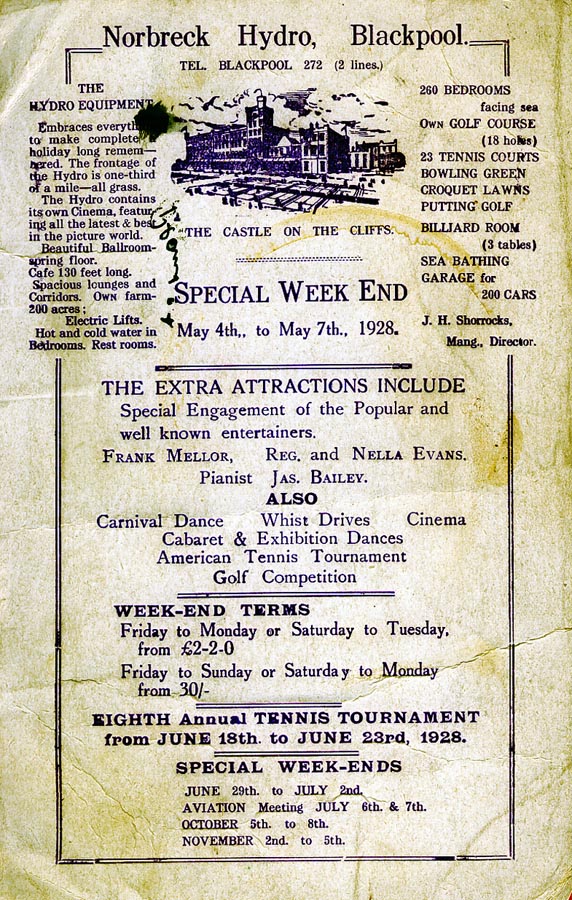 Blotting Paper with adverts on the back from 1928